Holy Writ Of Mandamus: NOW IN FULL FORCE AND EFFECT SINCE JANUARY 29 2018

In order to assess the appropriate unit of account, it is necessary first to assess the unit of economic analysis. That is, we must understand the economics of the transaction, event, or circumstances before we can determine how to represent the economics in accounting terms.
The unit of account relates to the specific assets and liabilities that are reported in financial statements rather than the units used to measure them. That is, unit of account refers to the object of recognition or display whereas unit of measure refers to the tool for measuring it.

A unit-of-account in financial accounting refers to the words that are used to describe the specific assets and liabilities that are reported in financial statements.

Money acts as a standard measure and common denomination of trade. It is thus a basis for quoting and bargaining of prices. It is necessary for developing efficient accounting systems.

In the Financial Accounting Series in the Accounting Standards Update No.- 2011-04 of May 2011 entitled Fair Value Measurement (Topic 820) Amendments to Achieve Common Fair Value Measurement and Disclosure Requirements in U.S. GAAP and IFRSs and are form the Financial Accounting Foundation, 401 Merritt 7, Norwalk, Connecticut 06856 the term UNIT-OF-ACCOUNT states on page 15 of the document that “The unit-of-account represented by the transaction price is different from the unit of account for the asset or liability measured at fair value.“

The “Coinage Act 1792” states “Dollars or units. Dollars or the same is now current, and to contain three hundred and seventy-one grains and four sixteenth parts of a grain of pure, or four hundred and sixteen grains of standard silver,…”

and from the original image text of 1792. The Section of the Coinage Act of 1792 with definition for “dollars or units” above in the picture is in yellow below.

This yellow section is to highlight the section of the Coinage Act of 1792 above.

“Dollars or units – each to be of the value of a Spanish milled dollar as the same is now current, and to contain three hundred and seventy-one grains and four sixteenth parts of a grain of pure, or four hundred and sixteen grains of standard silver.”

Section 9. is with the evidencing of the these words “Dollars or units – each to be of the value of a Spanish milled dollar as the same is now current, and to contain three hundred and seventy-one grains and four sixteenth parts of a grain of pure, … standard silver…”

See website again and view the original version download in Adobe PDF format since the MS Word format is not of the same wording.

“And text such as:

[Resolved] That the money unit of the United States, being by the resolve of Congress of the 6th July, 1785, a dollar, shall contain of fine silver, three hundred and seventy-five grains, and sixty-four hundredths of a grain.

From the broadside: “By the United States in Congress assembled. August 8, 1786 : On a report of the Board of Treasury…”

Question no. 76. “Upon what were the contracts in this country based up to that time?  What unit of value was in use? – Answer;  The dollar was the unit of value.”

Question no. 78. “Was not the majority of contracts based upon the Spanish milled dollar? – Answer;  I have no doubt they were.”

Question no. 79. “How many grains of pure silver were in the Spanish silver dollar? – Answer;  “Ah I think 371 and one quarter.”

Question no 80. “What was the unit standard of value previous to the passage of the mint law of 1792? – Answer; The Spanish-American Dollar.”

Question no. 81. “How many grains of silver were in that? – Answer; I think 371 and one quarter. I know the effort was made in the act of 1792 to hit exactly the Spanish-American Dollar.”

Question no. 82. “Then the question of Mr. Hamilton in framing the mint act of 1792 was not to create a new dollar, but to take as near as possible the value of the dollar actually in circulation and upon which contracts had been based? – Answer; Unquestionably so; the actual value.”

Question no 83. “…But as all contracts in this country prior to 1792 had been based upon the Spanish Milled Dollar…” continues

Question 83. “…value of silver in Spanish milled dollar debasement of the coinage and a fraud on the part of the founders of our republic to issue a dollar reduced to Spanish 371 and one quarter grains of pure silver?” Answer; “It was wrong in itself.”

By Ron Michener, University of Virginia

Special note “EH.net is owned and operated by the Economic History Association with the support of other sponsoring organizations.”

“…dollars or units each of the value of a Spanish milled dollar “like the dollar actually in circulation” and containing 371 and one quarter grains of pure silver…” and it continues to state “…in fact, and in the absence of a special law the Spanish dollars was probably from the beginning…” “…for all payments expressed in dollars…”

Page 103 and other pages 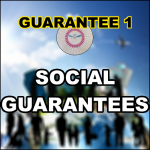 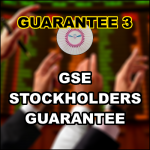 Laframboise-Security-Covenant (The Covenant) is a revocable living trust using the true United States Of America dollar the “True U.S.A. dollar” – money unit as defined in law as per the Coinage Act of the year 1792 in a definitive form that is a redeemable registered guarantee certificate for the purpose of serving human needs and social programs. 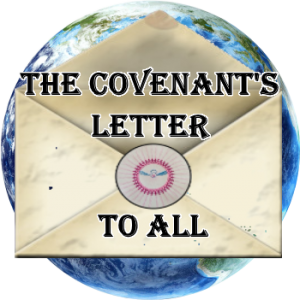 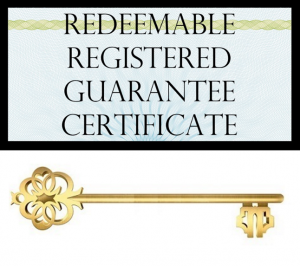